Get In Touch Now.
Get Savvi. Get Successful.

Thank you! Your submission has been received!
Oops! Something went wrong while submitting the form. 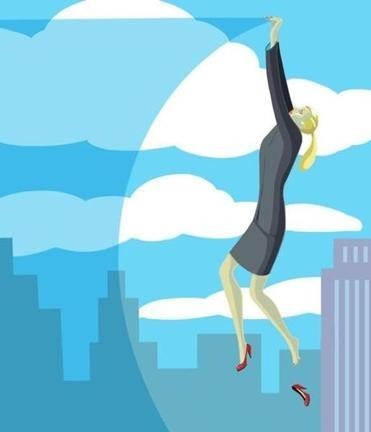 “So much for smashing the glass ceiling and using theirunique skills to enhance the performance of Britain’s biggest companies. Thetriumphant march of women into the country’s boardrooms has instead wreakedhavoc on companies’ performance” Judge, 2003, The Times.

Once women manage to break through the glass ceiling andtake on positions of leadership they often have experiences that are differentto men. Women are more likely to be appointed leadership roles that are riskyand precarious – this is because they are appointed lead of an organisationthat is in chaos or they are not provided with the support and resources neededfor success. This is known as the Glass Cliff – referring to the danger of thepotential risk of falling which is not already apparent.

One well-known instance of this is Theresa May, who was puton a Glass Cliff after being appointed Prime Minister at the time of Brexitmayhem.

So why are women putin this inevitable position?

They are more likely to be:

What past researchhas been done on this?

Butwhy could this have such a devastating impact on women’s reputations inbusiness?

Although it is great that women are breaking through theglass ceiling and making in roads within businesses, the glass cliff is in factputting women’s reputation in business at stake. This is because theseleadership roles, in times of crisis, are attracting far more attention thanleadership roles in situations where everything is running smoothly. So peoplein these positions are more likely to be in a position of facing criticism andbacklash. As well as this, they have an increased risk of failure due to thetricky situation they have been put in and people are quick to blame the leaderif something goes wrong rather than the situation. As women are more likely tofind themselves in these difficult roles, people may now associate women inbusiness and politics with negative consequences.